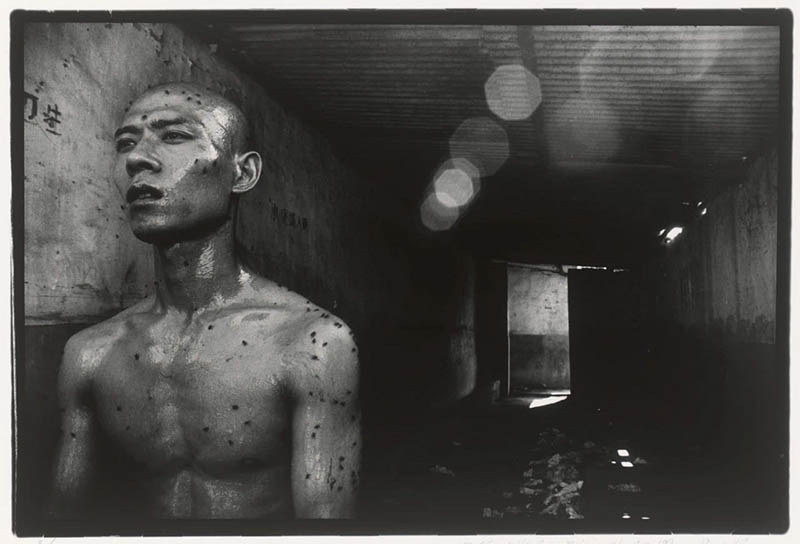 Day after Day: RongRong and the Beijing East Village

But here in the East Village, we do almost everything. Curse plays rock music and writes poetry. Kongbu curates and writes criticism. Zhang Huan, Ma Liuming, and Zhu Ming do performances … But I am the only photographer. Everyone left their hometown and seeks dreams here from afar. We are all children who left home, which makes us constantly hungry …

RongRong, then a 25-year-old from the southern province of Fujian, joined a group of young and struggling bohemian artists who settled in a desolate village on the outskirts of Beijing. RongRong captured the quotidian yet eruptive life of this community, as many of his fellow artists pushed their bodies to the brink to create radical and subversive performances. Considered highly disruptive by political authorities, these artists lived under constant fear of harassment, raids, and arrests. Both as a principal photographer and essential collaborator, RongRong faithfully documented what remain some of the most powerful and important performance works of Chinese contemporary art, by artists such as Zhang Huan, Ma Liuming.

The exhibition Day After Day emphasizes these explosive performance art activities in the village, before and after it was forcefully evacuated in the summer of 1994. RongRong's emotive photographs will be paired with excerpts from a diary that RongRong kept during his stay in the village, as well as his present-day recollections. Such writings provide essential insight into the performances as they were being conceptualized and carried out, such as the extreme heat and squalid conditions of the public latrine that was the setting for Zhang Huan's 12 Square Meters; the ominous arrest of artists and viewers that followed Ma Liuming's groundbreaking nude performance Fen-Ma Liuming's Lunch; and the chilly evening when the collaborative Primordial Sounds took place beneath a Beijing overpass.

The Walther Collection worked closely with RongRong to produce the monograph RongRong's Diary: Beijing East Village, containing a near-comprehensive compilation of the artist's writings from this period. In short journal entries and personal correspondence with his sister, RongRong recounts his blossoming friendships with fellow artists, memorable outings and incidents, and their guerrilla approaches to staging new works. In doing so, he offers reflections both mundane and profound: adjusting to his new life in Beijing, deep anxiety about police backlash, and wavering faith in what photography can achieve in turbulent times. The book's interplay between RongRong's images and texts creates an absorbing personal narrative of an artist coming into his own. 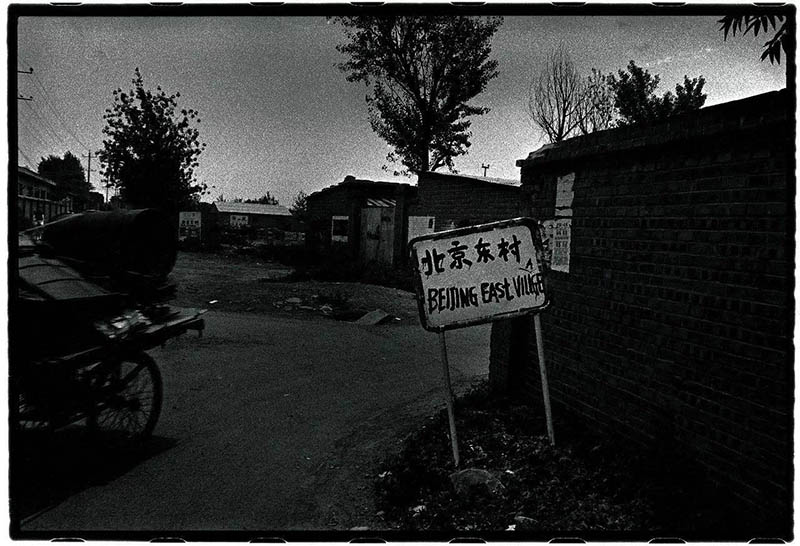 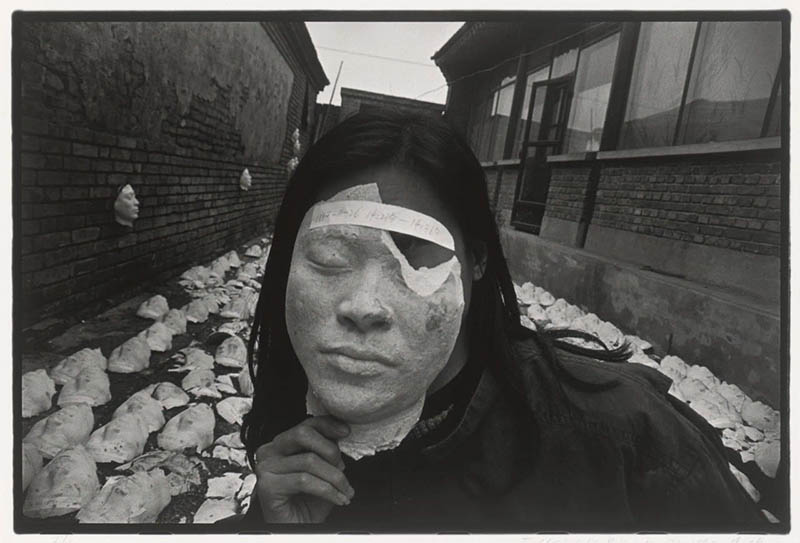 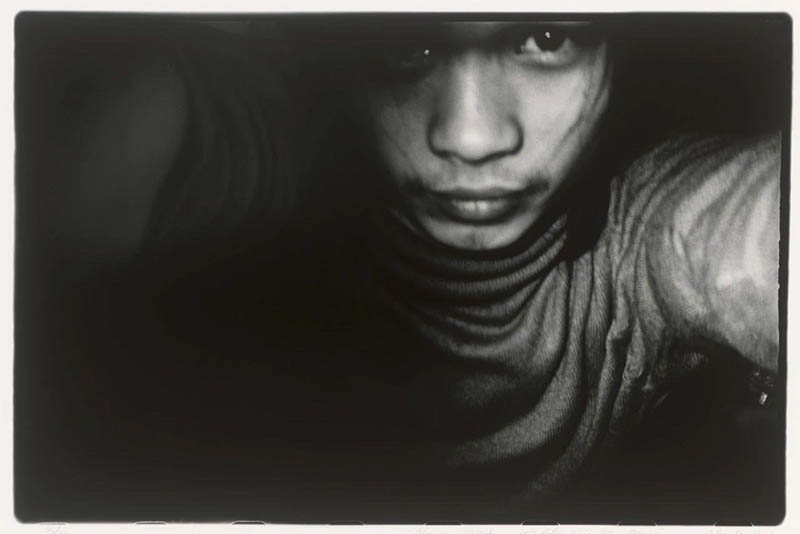 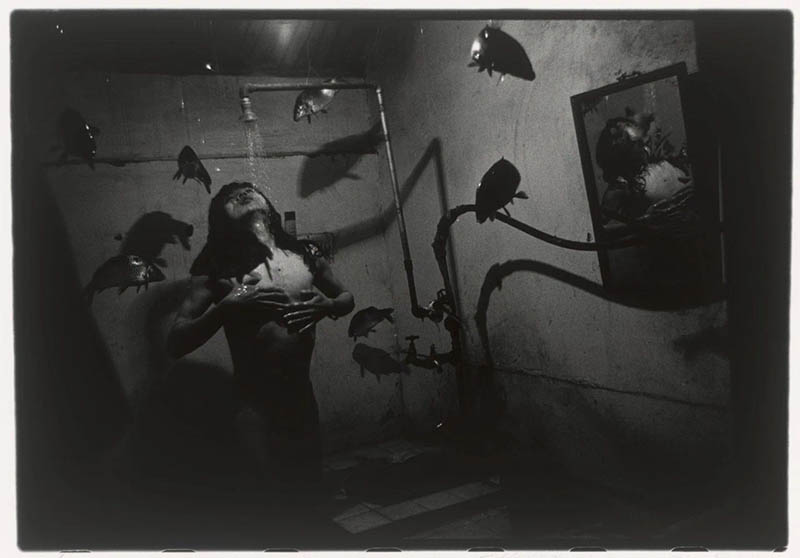 RongRong was born in Fujian Province, China, in 1968. He was a key member of the Beijing East Village group, experimenting with photography and documenting the performances of his fellow artists in the early 1990s. These works have attained an almost mythic status in the history of contemporary Chinese experimental art. In 2007 RongRong and his wife and photographic partner inri founded Three Shadows Photography Art Centre in Beijing, emphasizing international collaborations and the creation of a sustainable infrastructure for young Chinese artists. RongRong's best-known works include the 1990s "East Village" and "Ruins" series, as well as his collaborations with inri since 2000 such as "In Fujisan," "Liulitun," and "Tsumari Story." Their joint work explores the beauty of the human body in nature and the urban environment, as well as the development of their family. His work has been exhibited worldwide during the past three decades and is held in the collections of the Museum of Modern Art, New York; the J. Paul Getty Museum, Los Angeles; the Myriam and Guy Ullens Foundation, Beijing; the Mori Art Museum, Tokyo, and several distinguished private foundations.

About the Walther Collection

The Walther Collection is an art foundation dedicated to the critical understanding of historical and contemporary photography and related media. Through a program of international exhibitions, in-depth collecting, original research, and scholarly publications, The Walther Collection aims to highlight the social uses of photography and to expand the history of the medium worldwide.