In March, 2016. Three Shadows Press participated in the second edition of the HK Photobook Fair, during which Three Shadows Press publications, limited edition collector's photo books and handmade books were exhibited for sale. HK Photobook Fair is a local initiative and first attempt to present photobooks, inviting independent publishers from across Asia to participate. The inaugural edition was held during HK Art Basel in 2015, this year was the second edition and lasted three days. Representation from Hong Kong, China, Japan and Taiwan was predominant in the first year but each year the fair hopes to gradually expand its scope to include other countries from across Asia. 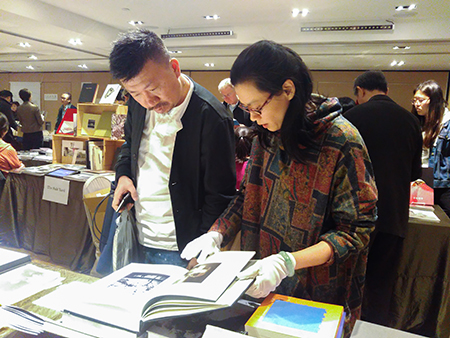